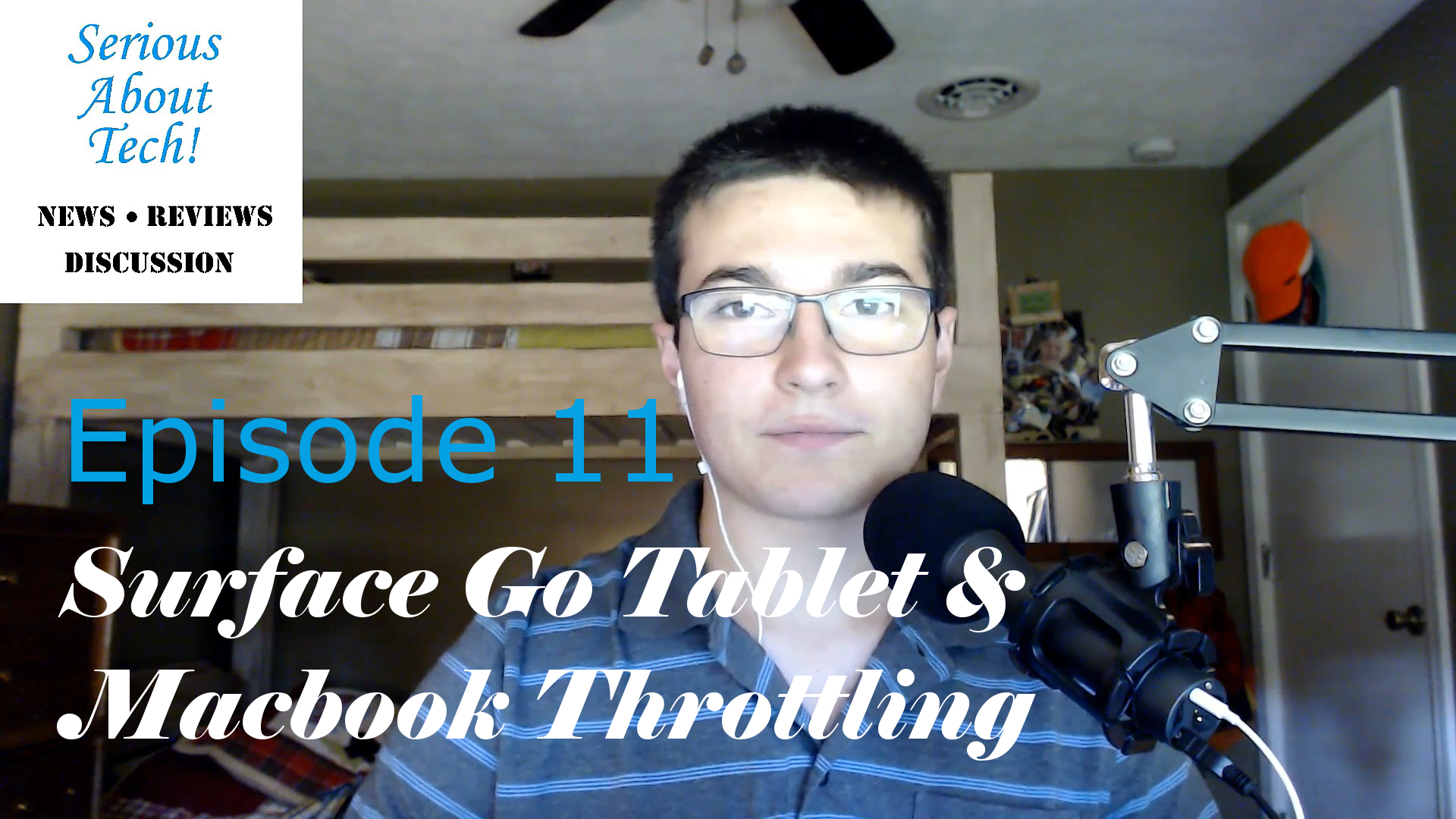 Microsoft released a new tablet on July 10, 2018, called the Surface Go. It is a smaller device than their larger Surface tablets and laptops, while maintaining their great quality look and feel. The Surface Go is priced at $399 for a 4GB of RAM and 64GB of storage, or $549 for 8GB of RAM and 128GB of storage. Keyboards for this device cost $99 or $129, depending on which type you purchase.

One sticking point on the pricing of the Surface Go is that the 64GB storage variant uses eMMC storage, which is slower than the SSD storage found in the more expensive Surface Go. The SSD version is even NVMe PCIe-type SSD storage, one of the fastest storage types available. This causes a dilemma for those who want to buy this device because of the lower price tag, but don’t want to compromise on storage performance, which is important to the speed of the tablet.

I recommend that if you want to buy the device, to not purchase the 4GB RAM/64GB storage variant, but the more expensive 8GB RAM/128GB SSD version. Costco is also selling a different variant with 4GB RAM and 128GB SSD bundled with a TypeCover keyboard for $549. The model Costco sells creates a happy medium between the two Surface Go versions, and is a better deal (if you are a Costco member).

Buy the Surface Go at Costco

While Apple’s loyal consumers are glad to see the 2018 refresh of the Macbook Pros with Intel’s 8th generation processors, the Intel Core i9 version may have issues with throttling. This is what Dave Lee (Dave2D on YouTube) has claimed in a recent video about the i9 Macbook.

The reason for this is that the i9 made more heat than the Macbook’s cooling system could get rid off. This made the processor slow itself down to bring its temperature down, making less power available to the i9 to do work.

Apple responded to this by releasing an update for the i9 Macbook Pro. That has seemed to fix it, and Dave Lee released an updated video because of it.

Thanks for reading, listening, or watching! If you liked the content, please comment on the article/video, or email me

Webb Web Services gives web design and development that is affordable. Zachary Webb (also the host of this podcast!) will design/develop a website for you. Security and ease-of-use are our priorities. Get a website from WebbCo.us today and get 10% off. Just go to https://seriousabouttech.com/wws and use promo code “podcast10”.